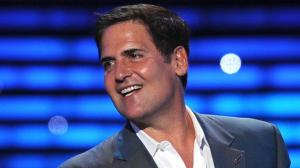 Yes, a second team owner in the National Basketball Association has found himself apologizing for making comments that could be racist, or at least insensitive. The Dallas Mavericks owner Mark Cuban spoke in an interview Wednesday with Inc. Magazine at a business conference in Nashville. He was talking on a range of topics which included his take on the scandal that his fellow NBA owner Donald Sterling found himself.

Cuban admitted he himself is prejudice and bigoted, but so is everyone else. His point was to show that everyone has flaws and that we all come with built-in preconceived notions. But the next day he took to Twitter to apologize for related remarks on the example he used.

The apology was for the black kid in hoodie statement, and he tweeted, “In hindsight I should have used different examples. I didn’t consider the Trayvon Martin family, and I apologize to them for that.”

He did stop short of apologizing for his comments altogether, saying he stands by the words and substance of the interview.

Cuban knew his words would make headlines all over and now he has backers and opponents excusing him and condemning him respectively.

To his respect, Mark Cuban is probably right about what he said. We’re all human after-all. To be honest, not only do most of us have our own biases, we also could be bigoted, racist and offensive in our daily lives and not even know it.  Have you ever used the phrases “Peanut gallery”, “Sold down the river”, or “Grandfather clause”? They all were considered disparaging remakes toward blacks, but no one ever apologizes for them. So can Mark Cuban really be faulted for speaking his mind?

Well we all found fault with Donald Sterling for speaking his mind. Sterling and Cuban were speaking in the same ballpark of race relations, but I’m sure we can all agree what Sterling said was wrong. Cuban, probably not as much.

What we heard from Sterling was in a different degree than Cubans comments, however it could seem like it was in the defense of his fellow owner. That doesn’t necessarily mean Mark Cuban is your textbook racist. He’s probably closer to your textbook realist.

Not for nothin’ but we should probably thank Mark Cuban for saying what was on everyone’s mind. There’s a difference between realist and racist. Saying that we all have our prejudices is far different from saying you don’t want any association with black people. Not really comparing the two and their comments, but we’ll see how Cuban votes when the NBA moves to terminate Sterling’s ownership in a hearing on June 3. If it gets that far, make your own conclusions.