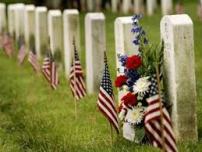 Of course when you think about Memorial Day, you think of the heroes who served our country and are no longer with us. But there’s a reason why the United States of America takes time off to honor the fallen year after year — and it’s due to a certain group of individuals, who we all need to thank for honoring and remembering.

Officially made a Federal holiday in 1967, America has been commemorating Memorial day for about a hundred years before that. To be honest decorating the graves of those who died in service or war is something that’s been done for hundreds of years, but Memorial Day was first widely publicly celebrated like we see it today by black residents of Charleston, S.C. back in May 1965. Close to 250 Union soldiers from the American Civil War died there after being held as prisoners of war and buried in unmarked graves. The residents there, joined by thousands of others, organized to give them a proper burial complete with song and parade. 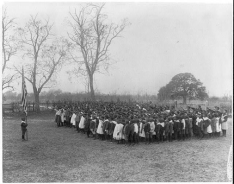 But traditions vary, along with the debate on who started observing Memorial Day and when. In the South, during the years of the Civil War, there were several occasions when groups of women would pay tribute to the graves of lost soldiers of the war.

In fact, it’s the wives and mothers of the fallen who we owe much of how we recognize Memorial Day. The U.S. National Park Service attributes the tradition of annually decorating soldiers graves to the ladies of Columbus, Georgia. That was a custom that was adopted by the Grand Army of the Republic who used May 30th as a national day of observance for Decoration Day (a term that preceded Memorial Day).

In addition to that, Ladies Memorial Association, United Daughters of the Confederacy, Women’s Relief Corps and other associations found by women were established to care for and organize ceremonies as a way of remembering.

Great people started this day to remember those who took the great sacrifice while serving their country.

These days many remember and honor it with a barbecue, furniture sale, or an excuse for a lazy three-day weekend. Fortunately though, there is still a good number of us who recognize the day for what it is — a day to remember the men and woman of the Armed Forces who died while serving, and not a celebration of the services of all U.S. military veterans, that’s what Veterans Day is for.

Not for nothin’ but most people can’t fully appreciate a Memorial Day, nor should they have to. But here’s to those that have.